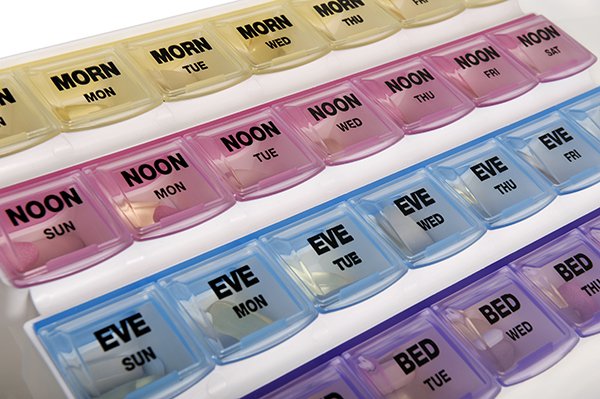 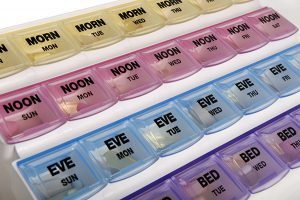 Because seniors typically take anywhere from 15 to 18 different prescriptions on any given day, it isn’t hard to see how errors and skipped doses can occur, but were you aware of the health risks that happen because of those missed or incorrect doses? As senior home care experts, we know that finding solutions to keep older adults on track with their medications is key to improving overall health. That is where the pill organizer comes into play: such an easy thing to place the correct meds within the appropriate slots for every day. Problem answered, right?

Unexpectedly, research points to a far different outcome. Aging adults accustomed to taking medications from the original packaging who switched to a pill organizer were overloaded with medical concerns, including falls, hypoglycemia, and in one case, someone unable to get out of the bathtub until eventually a rescue 12 hours later.

Surprisingly, health concerns were realized only in those seniors who had begun using pill organizers. The speculation behind these stunning results stems from the notion that the seniors were missing doses or taking their prescriptions incorrectly before using the pill organizer, and were feeling negative effects from then taking full doses of their medications.

Lead researcher Dr. Debi Bhattacharya stresses the need for individuals preparing to switch to a pill organizer to first check with their physician or pharmacist to verify dosage amounts. And she clarifies, “People who are already using a pill organizer without any ill effects should not stop using it as they do seem to help some patients take their medication as prescribed. It’s the switching stage which appears to be the danger.”

Heaven at Home Senior Care’s professional Dallas home care providers can help with medication reminders to ensure aging adults take prescriptions when they are supposed to, transportation to get prescriptions, and guidance on noting any adverse reactions that should be reported to the physician immediately. Give us a call at 866-381-0500 for important assistance with keeping your senior loved one healthy and safe.