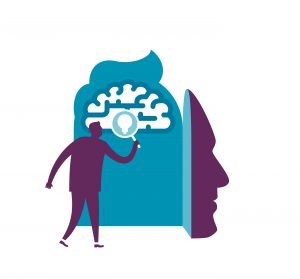 Detecting neurodegenerative diseases, such as Alzheimer’s and Parkinson’s, may be only skin deep. New research shows that identifying these diseases could require nothing more than a simple skin test. The promising study results could point to the first-ever method of providing a definitive diagnosis of Alzheimer’s in a living person, even in its very early stages, before the disease has progressed.

The logic behind the idea to try a skin test is fascinating. According to Dr. Ildefonso Rodriguez-Leyva, of the Central Hospital at the University of San Luis Potosi in Mexico, “We hypothesized that since skin has the same origin as brain tissue while in the embryo, that they might also show the same abnormal proteins. This new test offers a potential biomarker that may allow doctors to identify and diagnose these diseases earlier on.”

While more research is needed to see if the results can be replicated, such a test would certainly be a welcome addition to physicians’ diagnostic tools. The study is slated to be shared in more detail at the annual meeting of the American Academy of Neurology this month.

If you would like to learn about living more comfortably with Alzheimer’s and Parkinson’s, contact Heaven at Home of Denton, TX. Our caregivers are specially trained to help those with these illnesses, and we will create an individualized care plan to maximize safety and independence. Contact us any time for more information at 866-381-0500.